Most media companies, franchises, brands, politicians and sports are progressively looking towards music as a focus to market or reach out for their customers. There is increasing evidence that people are eyeing the Spanish music for its power to sway masses.

Music is such a powerful tool that when it ignites the soul, it brings healing, relaxes the mind body and spirit. It soothes, helps us loose bad memories and relaxes our emotions.

The spontaneity and flow characteristics of music is a great compelling art. For instance, let us look at the characteristics of flamenco music style. This genre of music has very fascinating words and rhythm that is able to capture the emotional strength of the listeners.

During performance the freedom of the dancer and how the composer attenuates the words is very spectacular. The unique flow of the rhythm ensures that at no any circumstances can two singers do the same connotations.

The dancer is able to draw the attention to the viewers by the intense enthusiasm which gives him inspiration from deep down in the spirit to magically share the message. Besides, flamenco also incorporates culture. This is the specific feature that has received recognition at the global market and makes it popular for people. 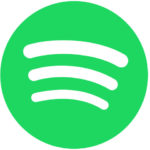 With current trend to adopt to digital streaming as the preferred mode of listening to music, the Spanish music in on the lead. According to a recent research, streaming live through internet is the leading mode for viewing with Spanish music. The album sales are amounting to approximately 1,500 streams per hour of all genres of music. These listeners are said to identify themselves as from all across the globe.

One of the most important aspects that makes Spanish music so powerful is the wide culture in its inclusiveness of the reggaetón. Globally, this subgenre is widely accepted and more familiar to many pop music listeners. Artists such as Balvin, Beibers and Nicky are popular stars in leading the hit. This music is played in famous radio stations such as the mega 97.9 FM. 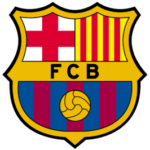 The Connection Of Spanish Music With Sports

In many stadiums in Latin America and Spain, the games are accompanied by Spanish music with favorite arts such as the Yankee and Pitbull trending. In fact, ESPN director of the music department has repeatedly highlighted that the network has improved greatly in airing out Hispanic music.

This coming 26th of April the company has also set aside a panel to discuss how best can music and sports be integrated? Across the globe in the top competitive games, normally as the game proceeds, music has always proved to align the moods of the players and fans.