The genre of music is typically a conventional category for some music piece identification. It shows that the music is part of a convention set or shared tradition. Even though it is possible to use them interchangeably with musical style and musical form, they are different terminologies. There are various ways of dividing music into various genres. Just like most other music types, Spanish music also has a lot of genres. The most popular ones are discussed below.

Flamenco is a form of art native to Murcia, Extremadura and Andalusia in Spain. It is reputed to be one of the most common genres of music in Spain. Flamenco genre consists of pitos (snapping of finger), palmas (clapping of hands), jaleo (vocalizations), baile (dance), toque (playing of guitar) and cante (singing).The history of flamenco could be dated back to 1774.

Jota is another genre that is very popular all over Spin. The root of the genre could be traced to the Aragon area in Spain. The instruments used for the music genre include flute, tambourines, bandurria, guitar and castanets. Dense percussive elements sometimes characterize the music by the people of Aragon.

In the 60s, some young individuals who were fed up of the popular flamenco, cuple and coplagenres, had their ears retrained on England (The Beatles) and France (Sylvie Vartan) originated pop rhythms. Los Brincos and El Duo Dinamico are the most popular songs of the genre. 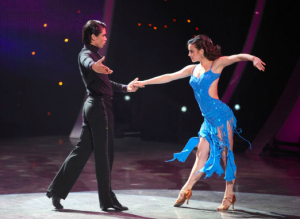 This genre of music is much of fun and dancing. One of the examples of pachangueo that is very popular in many countries of the world is Macarena.

Movida is reputed to be more than just a genre of music. It is more of a contra-culture that developed from Madrid during the 80s. It is built on the new wave, punk and glam. Some of the most reputable groups that sang this music type include TinoCasal, Alaska y los Pegamoides and Mecano.

Even though Cuplesounds related to Copla, they are both different genres. The 19th century quick songs in French inspired this genre. It is known by its sensual, brazen and impish lyrics. Some popular Spain cabaret musicians include Olga Ramos and Sara Mont.

This genre of music is related to flamenco in many ways, only that it is faster. The lyrics of songs in the genre usually concentrate on passions that are uncontrollable. Some of the songs in the genre include Tatuaje and Maria de la O by Concha Piquer and Estrellista Castro respectively.

This is an electronic music version in Valencia, Spain. It features rhythms that are marked. Some examples include Viva la fiesta and Asi me gusta a mi by PacoPil and ChimoBayo respectively.

There are many more genres of music available in Spain. The different genres give the opportunity to enjoy different variety of songs and also know how you can refer to your preferred genre type.